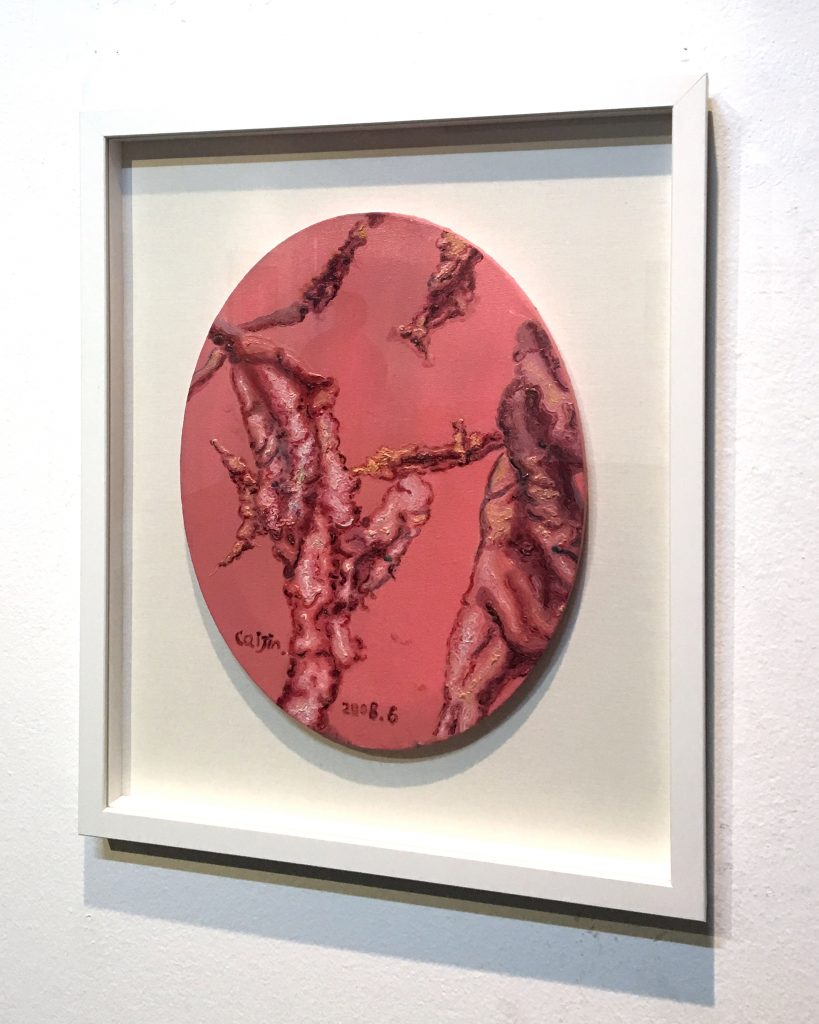 Cai Jin was inspired by a wilting banana plant that she discovered during a visit to her hometown in China. Jin depicts decaying banana plants, each leaf turned over in forms that resemble anatomical details. Her use of color is undeniably rich, executed through her psychedelic use of pink and her signature red.

Cai Jin (b.1965, China) is a Chinese painter best known for her oil paintings of the banana plant. Cai studied art at the Anhui Teachers University in Wuhu, China, graduating in 1985. She went on to participate in the Advanced Oil Painting Program of the Central Academy of Fine Arts in Beijing, where she studied until 1991. She currently shows her work internationally.