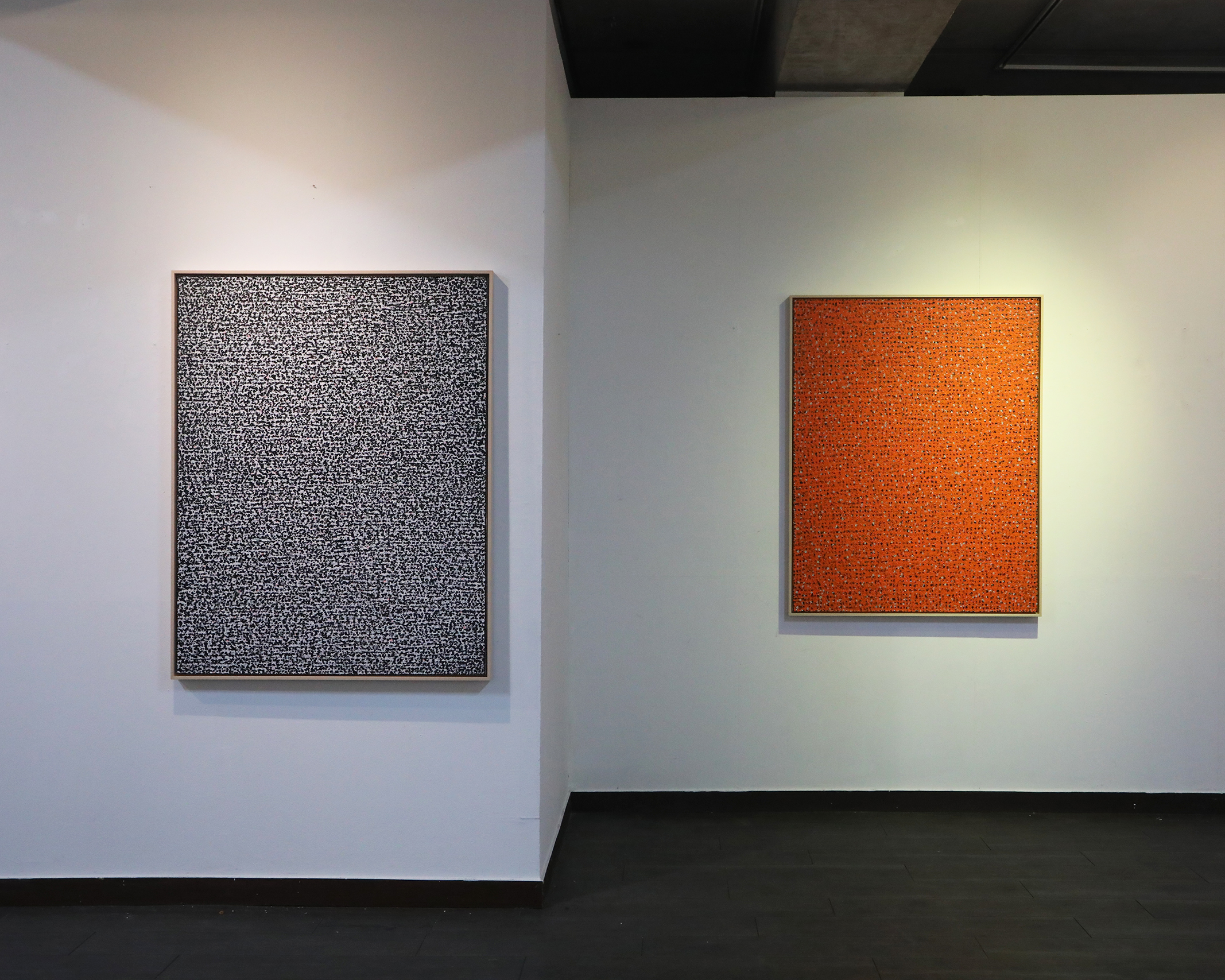 Hajin Kang (b. 1943) was born in Daegu South Korea, his childhood was spent in the period after the Korean War (1950-1953). He started his elementary school during this time and everything was in chaos. He draw just to soothe himself, it was part of self-development. It was a process of education, a self-preserving mechanism he had at that time.

His first exhibition was held in Seoul in 1972. Until the early 1980’s, his practices were focused on installations, using wires and Hanji paper with recorded frog croaking sounds by the water.  He started working with canvas during the early 1980’s. Throughout his practices, Kang approaches his work first and foremost as a painter, layering colors in a mesmerizing series of lines and dots on his canvas. This process is repeated endlessly with a series of different monochromatic colors. The end result is seemly minimal at the distance, but up close you see multiple dots and lines of Kang’s laborious process. His practice carries a message of the spiritual and emotional, something larger than life.

Kang’s work is in the Art Bank collection of the National Museum of Modern and Contemporary Art, Seoul Korea. 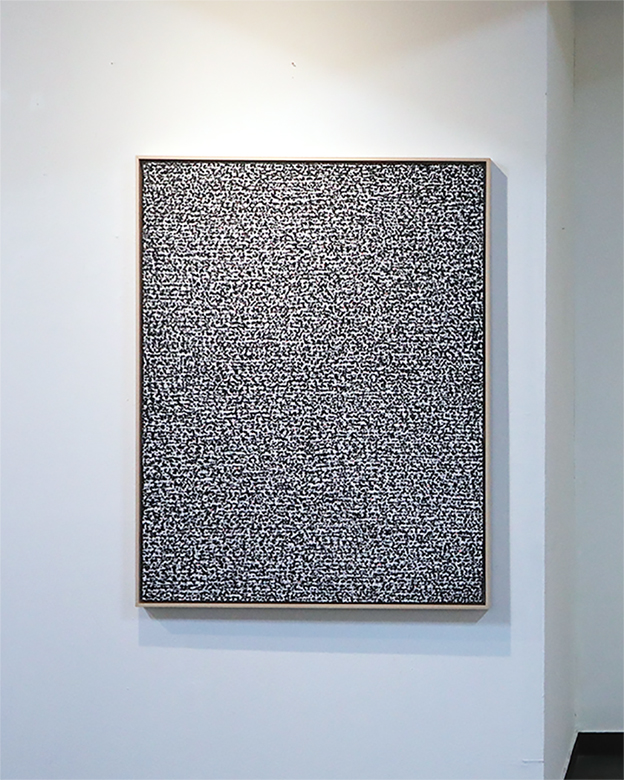 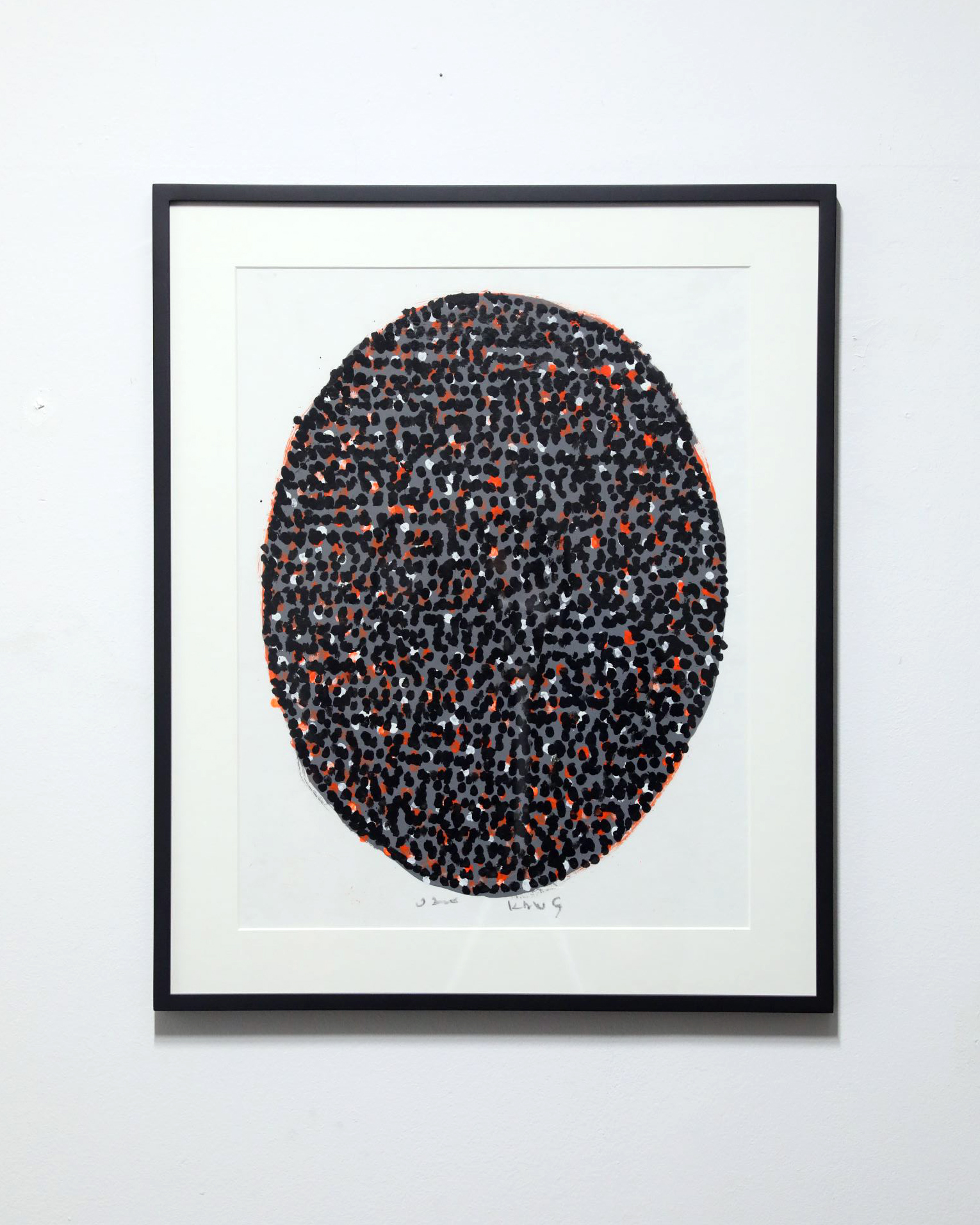 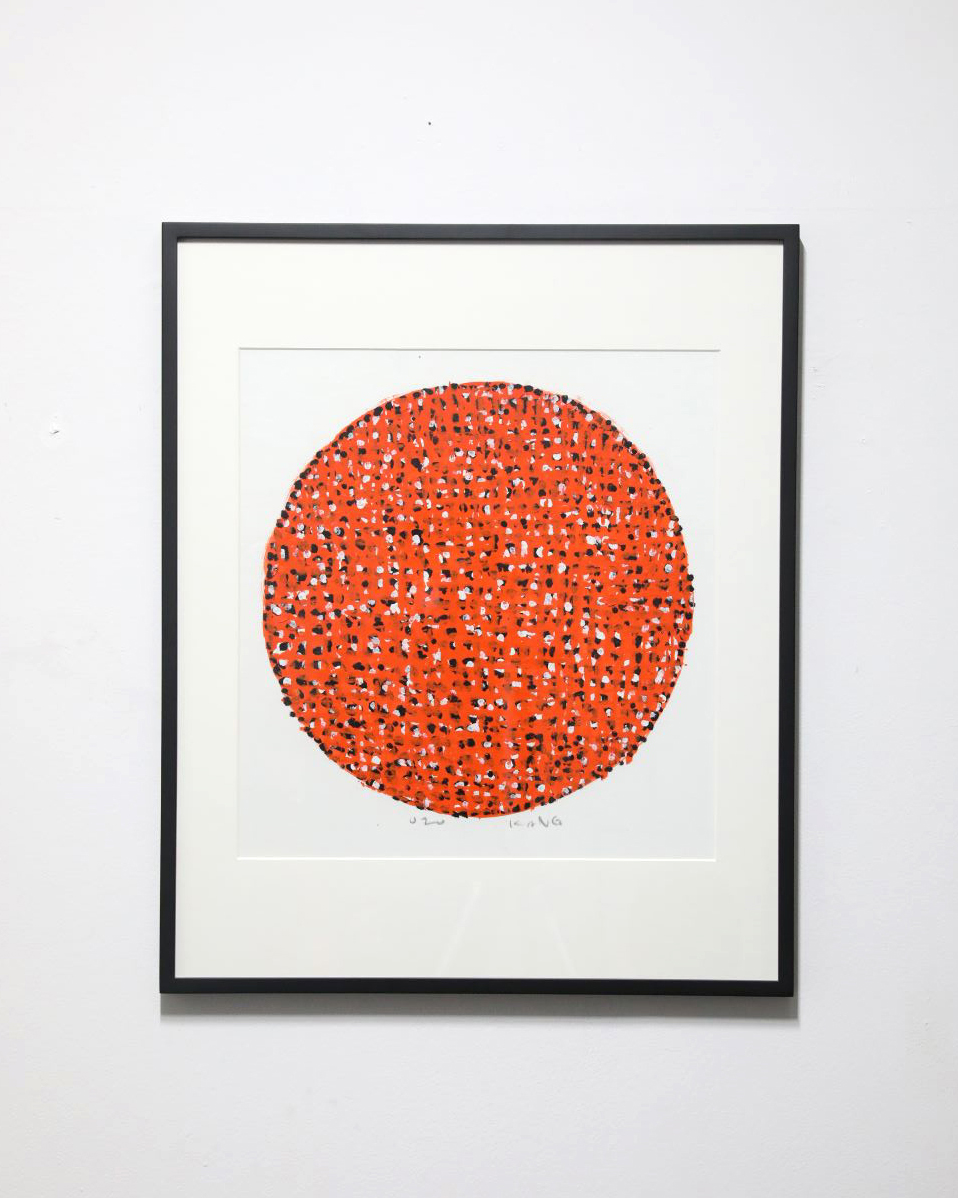