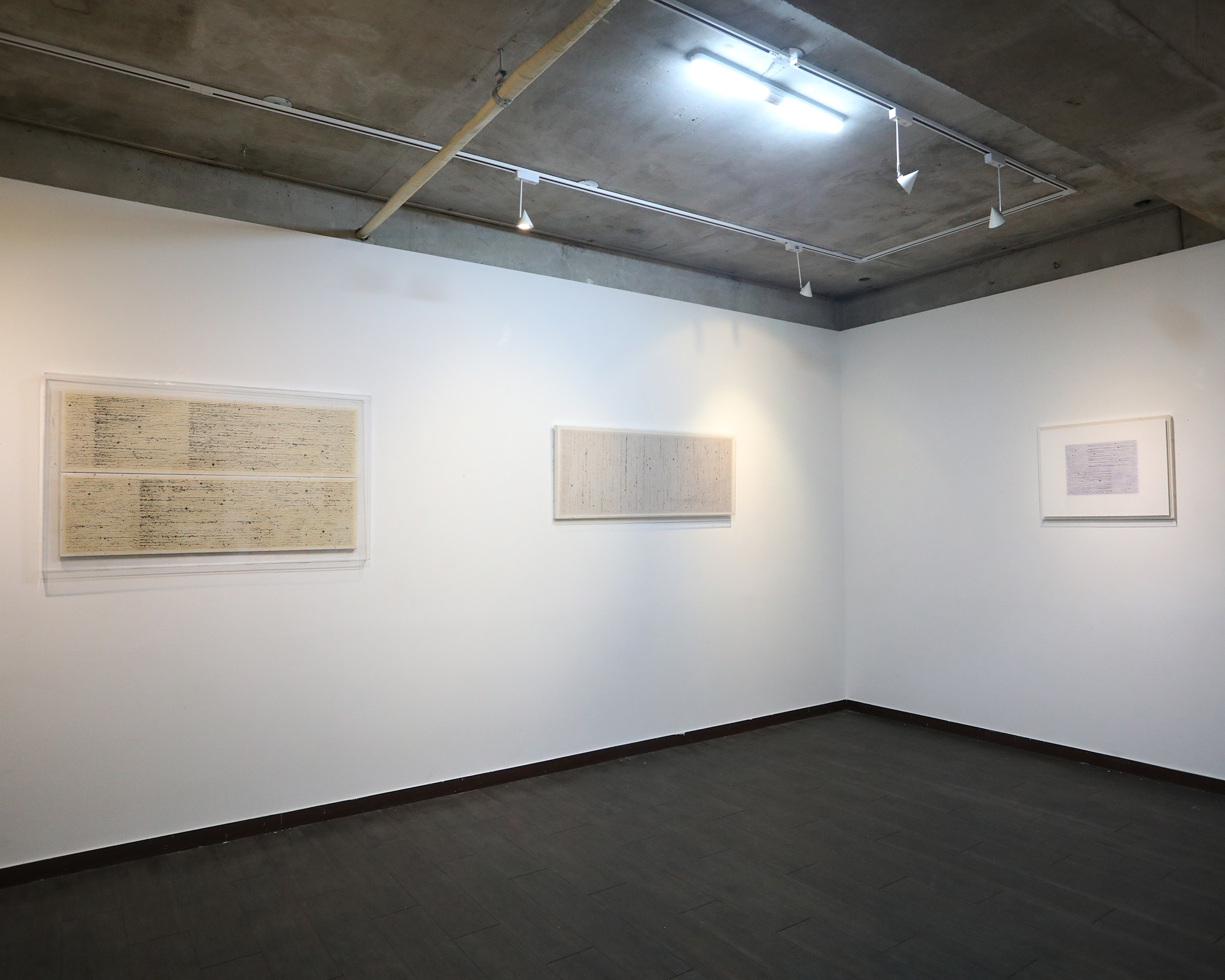 Oan Kyu (b.1953 in South Korea, Roma, Italy) Korean artist living in Rome, exercises in her calligraphic composition in order to perceive a higher dimension of the “self.” Her work is a quest for self-discovery written in a state of “mood.” Oan Kyu is firmly rooted in the tradition of calligraphers of her native country. The same technique, the same tools – ink, inkstone, brush and paper – to achieve a pictorial “automatism” based on perception, on intuition and on the unconscious to perceive, to use again a term from ontology, the forces of intentionality, which are at the very base of our Being and which have to do with possibilities. Automatism here is understood as an instrument to add chance, spontaneity and flux to the artwork. However, the flow of ink in her script is ultimately controlled. Oan Kyu creates a pictorial equivalent of man’s perception and intuition of his complex inner self. Lines and points do not form a static image but embody a vibration, an abstract and at the same time bodily composition like a musical composition.